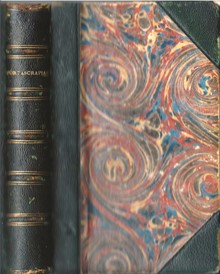 C.A.A. [Charles Wheeler] "Sportascrapiana. Facts in Athletics, with Hitherto Unpublished Anecdotes of the Nineteenth Century, from George IV. to the Sweep. (Second Edition)", 1868. The first edition was published in 1867.

Charles Wheeler describes himself as the compiler of this text, but he was also its editor, and in-part its author.  The text, in the main, is by or about three outstanding sportsmen of the previous half-century - Horatio Ross, (1801-1886), rifle-shot, rider and all-round athlete, George Osbaldeston (1786-1866), rider, cricketer and fox-hunter, and Edward Henry Budd (1785-1875), cricketer, runner, jumper and sparrer.  The section selected here is about sprinting (but described here as spirting) and it was said to have been contributed by an anonymous writer described as ‘one of the ... fastest runners of the day’.  Although it now seems impossible to discover who he was, his ideas were endorsed by Edward Budd, who was one of the best sprinters in England, having run 100 yards in ‘ten seconds and a beat’.

The place of Wheeler’s “
Sportascrapiana” in the history of Athletics literature:

The amateur era was well underway, but this was a book by, and about, old men, who were interested in the old sport.  The description was about the professional sport of sprint racing.  The amateurs never used the mutual consent method of starting.  They started by word of mouth, or by pistol.   This is, nevertheless, the best account of professional sprinting of that time, and is particularly valuable because it is the only known account that was actually written by a sprinter.

Only Chapter X is selected here.  It is short, comprising only five pages.  The chapter describes techniques for timing, the mutual consent start (a technique almost unfathomable to those who never saw one), and sprinting action.  It also gives a good illustration of a sprinter’s running shoe, and has a discussion about the best number and placement of spikes.

Sportascrapiana. Facts in Athletics, with Hitherto Unpublished Anecdotes of the Nineteenth Century, from George IV. to the Sweep. (Second Edition)