Instructions in all Kinds of Gymnastic Exercises (extract) 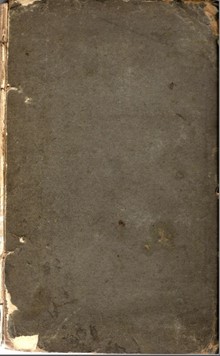 A Military Officer. "Instructions in all Kinds of Gymnastic Exercises, as Taught and Practised in the Gymnastic Institutions of Germany", 1823

The author is unknown, but the WorldCat describes him as “W.S.”.  In his Preface he describes how he had seen in others the benefit of these exercises, and had experienced it in himself when he lived in Germany.

The place of A Military Officer’s “Instructions in all Kinds of Gymnastic Exercises” in the history of Athletics literature.

This book attempts to summarise the Germanic influences that, although beginning at the end of the 18th century, started in earnest to influence Physical Education and Gymnastics in Britain in the 1820s.  The major focus of the text is on physical education and exercise for health, with an emphasis on teaching, and the conduct of classes in running, leaping, etc., but makes reference to “the wonderful speed and security of foot, as well as the long and uncomplaining endurance of exertion, among the Indians”, and that “the English too, of late, have excelled in this branch of exercise to a most marked degree.  The newspapers of every day record feats which give ample proof of how much has been done in this respect ... ”.  This text does not, however, focus on competitive athletics.

The author writes in his Preface that it was from the Gutsmuths system of Gymnastic Exercises, published in 1817, that he selected the exercises for his own book.

The book consists of nine chapters, four of which have a bearing on track and field history:

The High Leap without a Run

The High Leap With a Run

The High Leap with a Pole

There are also eleven plates, two of which relate to the above.  The plate, which is in three parts, is a very early illustration of the plant, the swing, the turning of the body, and “quitting the pole during the leap”.

It was reviewed in The Monthly Review, or Literary Journal in December 1823, along with Capt. Peter Clias’s, An Elementary Course of Gymnastic Exercises.  The author claims that he handed his manuscripts (plus plates) to his publishers on the day that Clias’s book was ‘announced’, and only agreed to continue with publication when he found out that his work had not been ‘superseded’.  In 1826 Christopher North* reviewed Capt Clias’s book in Blackwood’s Edinburgh Magazine (Vol 20, p. 134, 1826), and says that ‘he does not seem to be at all acquainted with the history of British Pedestrianism.  Now, without such knowledge, no man can be said thoroughly to understand the science of Gymnastics.’  Later he writes, ‘of feats of running, Capt Clias seems to be equally ignorant.’  The author of the current volume seems to have known no more.  The German influence (Salzmann, Gutsmuths, Jahn, and Captain Clias), may have had a significant influence on Physical Education and Gymnastics in Britain, but their influence on competitive running, walking, and jumping and throwing, was minimal.

*  Christopher North, aka Professor John Wilson, (Professor of Moral Philosophy at Edinburgh University) certainly knew that history, and was himself a talented long jumper.

Instructions in all Kinds of Gymnastic Exercises